Nuggets of wisdom from a fussy eater 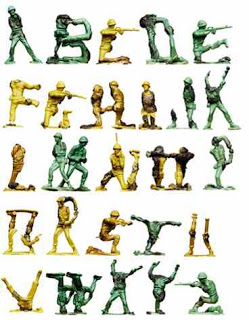 There’s a war underway in the Fibro. Not a big one. Not even a constant one. Battles only arise at 6pm every night. But, as wars tend to do, it’s wearing me down. Words like ‘futility’ come to mind a lot.

But put an evening meal in front of him and that all changes. He is not only the world’s slowest eater, but he is in line to be the world’s fussiest. He told me, quite happily, one day that he didn’t like anything I made him for dinner except nuggets and chips, and why did we only have them on Friday when we could be having them every night of the week. Why indeed.

I try, I really do. We eat a varied menu around here and when The Builder and I want to branch out into curries and chillies and all things hot (which we love and will not give up simply because there are underdeveloped palates in the house), I simply make two meals. Exotica for us, El Blando for the boys.

I insist he tries everything (the whole time remembering every article I’ve ever read on how mums who insist their children clean their plates are part of the obesity problem). He sighs, and talks, and lolls about, and puts his finger up his nose, and generally faffs about like there’s no tomorrow.

It’s so incredibly frustrating. Particularly as Mr6 is one of those kids who eats pretty much everything, including olives, salami, and fish. But not pumpkin.

Mr3 and The Builder had a little talk last week. There was much discussion about how dinners make you big and strong, and good boys eat their dinner, and all of that. Then The Builder asked, ‘So are you going to eat your dinner tonight?’. Mr3 considered the question, pursed his lips, wrinkled his brow and said, ‘Depends what we’re having.’

I used to have a Weetbix rule. If you didn’t eat what was put in front of you at dinner time, you ate Weetbix or went hungry. This worked a treat on Mr6 who, like me, has an aversion to cereal at dinnertime. Not so with Mr3. It got to the point where he was asking for Weetbix. Talk about heartbreaking.

So the Weetbix is gone, but I persist. One day, I just know, he’s going to sit down and clear his plate.

If not, I won’t have to worry any more about my roast skills. He’ll be coming home at 21 just for Mum’s Chicken Nuggets.