Every bride deserves fireworks on her wedding night 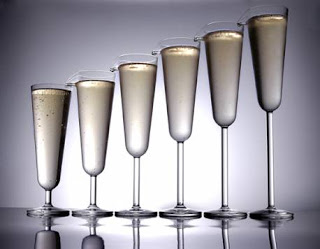 It’s been a day of Weddings. It began with a quick scan of Bettina Arndt’s headline-grabbing article about Prime Minister Julia Gillard’s de facto status and how it makes her a poor role model for other women. (For the record, 77 per cent of 29761 respondents to Arndt’s piece on smh.com.au disagreed with that particular piece of thinking.)

It ended with a job that entailed me writing about a wedding and function centre, involving much use of words such as ‘dream’, ‘special’ and ‘blissful’ (but not ‘unique’, never ‘unique’).

Which got me thinking about weddings.

I love a good wedding. I am known to shed tears at weddings. There is something about bright, shiny, happy people wearing bright, shiny new gold bands that fills me with hope and optimism.

Admittedly, I have been to weddings in my life that have not filled me with joy. They were mostly in my younger years and generally involved two people who couldn’t seem to work out how they’d got to the top of the aisle.

But, for the most part, weddings have a great vibe and there’s no better day out. Even when you’re paying for it.

The Builder and I got married on a building site on New Year’s Eve, 2002. Admittedly, the site in question was Wharf 2/3, right on Sydney Harbour, within spitting distance of the bridge. Spectacular.

The bride wore brown. Well, caramel. But according to all the ‘wedding books’ any shade of brown does not bode well. “The Bride who wears Brown will never live in town”, say the old wives. Those old wives had clearly visited Fibrotown.

We had lunch with our family afterwards, complete with sentimental speeches, in one of Sydney’s oldest pubs, in The Rocks. Afterwards, we were joined by 100 or so of our nearest and dearest to party on into the wee hours on the roof of said pub.

It was hot. It was windy. But the fireworks on the Harbour still went ahead at midnight. With us standing below them, holding hands, open-mouthed in wonder. It was magical.

The whole thing was organised in 10 weeks, with minimal fuss and a distinct lack of bonbonerie. My position on weddings, if you’re interested Ms Arndt, is that they’re often focussed on to the exclusion of the marriage.

Treating the wedding like a party puts it in perspective. One night. Not your life’s work.

And if you can’t live without the Stunning Champagne Fountain, you might want to reassess.