“The dog ate my G chord…”: learning a new skill as an adult 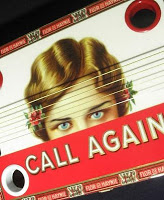 If you’ve forgotten what it’s like to be a kid, may I humbly suggest you try learning a brand new skill. Not how to use a new iPhone app, how to flambé a crème brulee with a mini-blowtorch (though this idea has merit), or how to speak in those corporate weasel words that continue to infiltrate common speech (I’d ‘go forward’ with that ‘dialogue’ but it would be too ‘outside the box’ for this ‘agenda’).

As you may know, Mr6 and I are learning to play the guitar. After one term, we have made some progress. We can now play four notes – enough to jam together as long as we play ‘Mary Had a Little Lamb’. We also have, as he will proudly tell anyone who stands still long enough to hear, a few chords in our repertoire. He plays half-chords – twang, twang, twang. I play full chords, full and throaty (or so I tell myself).

When we began, we were both nervous. We both had to concentrate hard. Then our confidence began to grow. And we both came a cropper.

See what I mean. A new skill is a great leveller.

We didn’t have the same problem. He practised one song a few times, until he could sing the notes out loud – B, A, G. B, A, G. B – A. B – A. B, A, G. Trouble was, singing them wasn’t playing them. When it came time to play the song for B, our gorgeous 17-year-old teacher, the pauses between the ‘plink’ of each note were painful.

There was silence when he finished, before she said: ‘It’s great that you know the notes, but by the time you’d finished I’d forgotten what song you were playing.’ His ears went red. He’s practised harder since then – actually playing the guitar rather than walking around strumming an air version.

As for my cropper, I have been diligently practising a song – my first song! – over the school holidays. Very basic chord structure, very repetitive. I was doing great. It sounded a little strange, but I just thought that was due to the untuned nature of my guitar. Then, tonight, three days before we are due back for term two, I came to the realisation that the basic G chord I’d been diligently practising wasn’t actually a G chord at all. It was E. Which is why the song sounded so strange.

See, just like being a kid all over again.